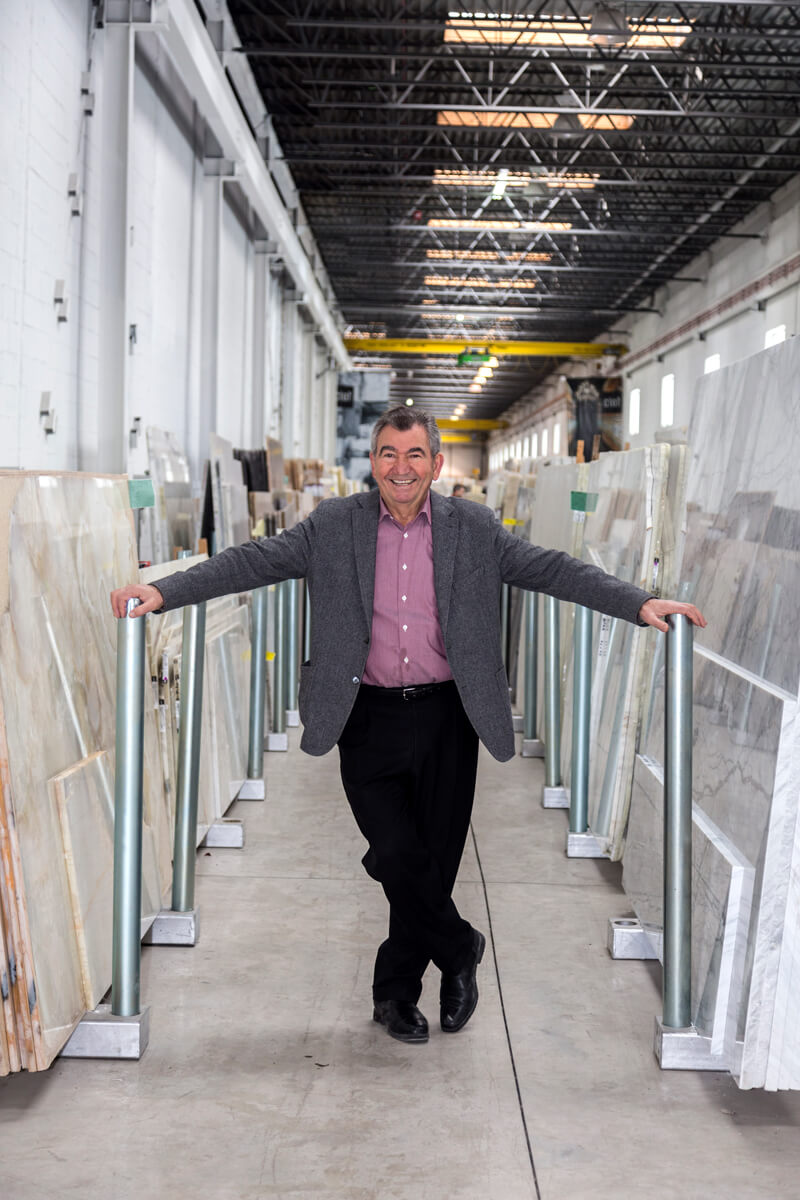 Giuseppe Panzera, otherwise known as Joe, was born in the region of Molise in Italy. He arrived in Canada in the fall of 1956 to join his five brothers and his sister, who were already established in the country. As was the case for many Italian immigrants at the time, work opportunities were scarce and pay checks, small. Joe considered returning to Italy but his older brother convinced him to do otherwise and stay in Montreal.

Soon enough, a wind of change hit Joe and four years later, he started his first company, Continental Mosaic, with one of his brothers and his brother-in-law. The company grew rapidly and after a mere three years, twenty workers were reporting to Joe. That’s when Joe had a most significant encounter in meeting the owner of a company he worked with: Giovanni Battista Ciot.

The encounter was life-changing. The two men shared a mutual appreciation and developed a trusting relationship. If that wasn’t enough, Joe fell in love with Margaret, Giovanni’s eldest daughter and Ciot’s receptionist.

In 1967, Giovanni named Joe president of the company. One year later, Joe and Margaret married. Ever the visionary, Joe expanded Ciot while also starting his family. He and Margaret had two daughters: Kristina and Claudia.

Joe Panzera is both a family man and a passionate, hands-on businessman. His charismatic personality has made him keen to establishing lasting business relationships while ensuring his employees’ loyalty and respect.

Kristina is now VP of Marketing and Claudia, Merchandising Manager, while Joe’s nephew, Michael Panzera, is VP of Finance.

As for Joe Panzera, he still heads the company he’s been leading since 1967. The businessman works with passion and ardor, hand-in-hand with family members and dedicated employees. Ciot is constantly growing and adding new talents to its continued successes.

Grazie mille Joe for your vision and passion!